In a nutshell, Chatrandom is a Chatroulette alternative site that is both exciting and addicting, in a good way. Jump on, click a few setups, and start looking for who you want to meet. Random people will connect to you and you can talk with them. But on ChatRandom, it's completely random - people do some of the weirdest shit on cam. It's like they have a spotlight on them shining on stage. Some people just sit there like a deer in headlights and others start 'feeling' themselves too much and won't stop talking. Like, shut up!

When you reach that person, and they spark your interest, then it's an open field – video chat and do what you want. Wank, spank, rub or insert, whatever you want on the video chat. That's what most men do on there - wank their wieners. Therefore, you will see dick after dick pop up like there is no tomorrow. Most people hide their faces, so it really is a random video world of jiggly bits and sexy orifices.

It's hard enough to find partners out there in the real world, and chatrandom provides a gateway for you to start a video chat and have a wank, or watch new people having a wank or more, without the complications. It's that easy a chat site, and it's also that complicated.

Pay for your free thrills

Chatrandom isn't that cheap if you decide to go the premium route, but the thrill and privilege of finding someone naked on the Internet chat site and totally focused on you and you alone is worth something, and is definitely of a much higher value than your massive, aggregated free porn clip sites (of which I do enjoy, I must admit). To spend the cost of a double rum and coke on the possibility of video chatting with random strangers who might allow me to see their vaginas is a gambling voyeur's dream. Disclaimer: I never realized that I was a gambling voyeur until I wrote down that previous sentence.

The best type of safe voyeurism on this chat app

Harboring the voyeur in me, I love nudity, and I love to watch nudity move around – I'm a little bit too shy for video chatting, but the watching random people thing is what blows my hair back. Chatrandom fulfills so many of my needs for loneliness.

It did not take me long to justify the credit card to get to see what's really going on. I'm not that into guys, but there are plenty of opportunities to chat at random with the men and watch their dicks on the free version. So, if you're gay, bisexual, trysexual, confused, or whatever, you will have a lot of fun peter gazing on ChatRandom.

As in most things in life, when it comes to women though, you have to pay. Totally worth it.

I'm an Assman! A review of free chat asses

Some people are legs men, and others are pussy men, a large amount of mouth (head) men, while I am an ass man through and through. It could have something to do with my messed up childhood, the fact that I was the youngest of many kids or the fact that I simply adore a good ass.

It didn't take long before this brunette bumped her way onto my screen and revealed herself in a little pair of surf shorts. These things made yoga pants look like baggie trousers. It was a quick click and an even quicker chat to make sure she knew I was there.

I always worry, because although I am faithful to a partner whenever I am in a relationship, I am an absolute sucker for a good ass, and if a girl were to show me a butt-hole in real life, then all hope is gone. It took a bit of work, a bit of cajoling and some persuasion, but this random stranger eventually showed me her ass. It was delightful an ass. I then realized that this review was going to be a lot easier than I thought.

On ChaRandom you get everything you want - asses, dicks, legs, and digital head - if you sext about it.

Her finger went towards her asshole, and the voyeur in me managed to magically slow time down, to make it last longer so that I could get off some random mental snapshots, and my cock start twitching. She gave herself a few soft slaps on her ass, just enough for the cheeks to roll a bit even though the pixelation wasn't the best. It made no difference. Her ass could have been filmed through a potato and I would still have been as excited by the fact that she was letting me look.

If you're more experienced with these sort of random chat sites, and not as oversexed as me, then I guess this could become quite tiresome, trying to find someone to match or catch attention, but it is still less laborious than going to a pub or night club in the hope of finding someone.

There was excitement, and there was adrenalin. There was a sexual charge, but that could have just been the battery fritzing in my Magic Mouse. Still, I felt like I could get really into this random chat thing. I feel like you could too.

Fees to pay to chat on ChatRandon

In my review, the only downside to the random chat site is that you do have to pay to get women onto your feed. Women are the chatrandom premier feed. Before you pay, there are loads of men playing with their dicks for free. This is great for anyone on the gay/bi/curious line of thought, but I was always a bit more on the straight, to possibly a bit curious side. I did take a few looks at cocks I must admit, but I am not one for a gay chat.

In the perfect visions of hindsight it turns out that I struck gold on my first go on Chatrandom, and it's not very often that a random will stick her ass in the air and dry hump a pillow. Apparently, there's a lot more sifting to do than that.

Well, first impressions last, and I am a chatrandom fan for life, as you would be. I don't think I'm going to extend my subscription, but having said that, the thrill of finding someone showing me her ass again is as about as addictive as crack. Did you see what I did there?

You can register on chatrandom via Facebook or Google, and then you can set it up for a monthly plan at $19,99 that rebills, or you could take the one week option at $6,99 like me and hope for the best.

Either way, as soon as you pay over some money, no matter what, the chatrandom sausage party slows down, and there are some cool choices. You can put a country filter on, and you can even have a multi-screen wankfest with a bunch of people from Norway or the Czech Republic if that's what gets you going.

That got me thinking. Imagine a Czech girl showing me her ass.

Very easy to set up webcam, microphone, and get to chatting with people

Connect with people from all over the world

Gotta pay to see the women

School of dickbeaters swimming in the ChatRandom oceans 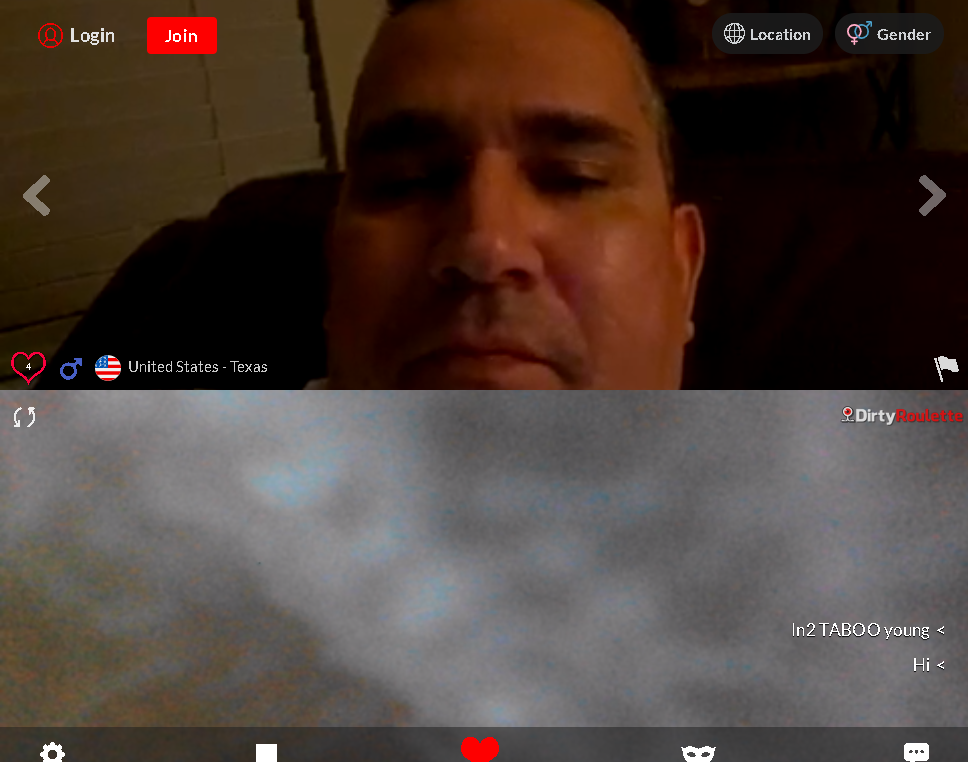 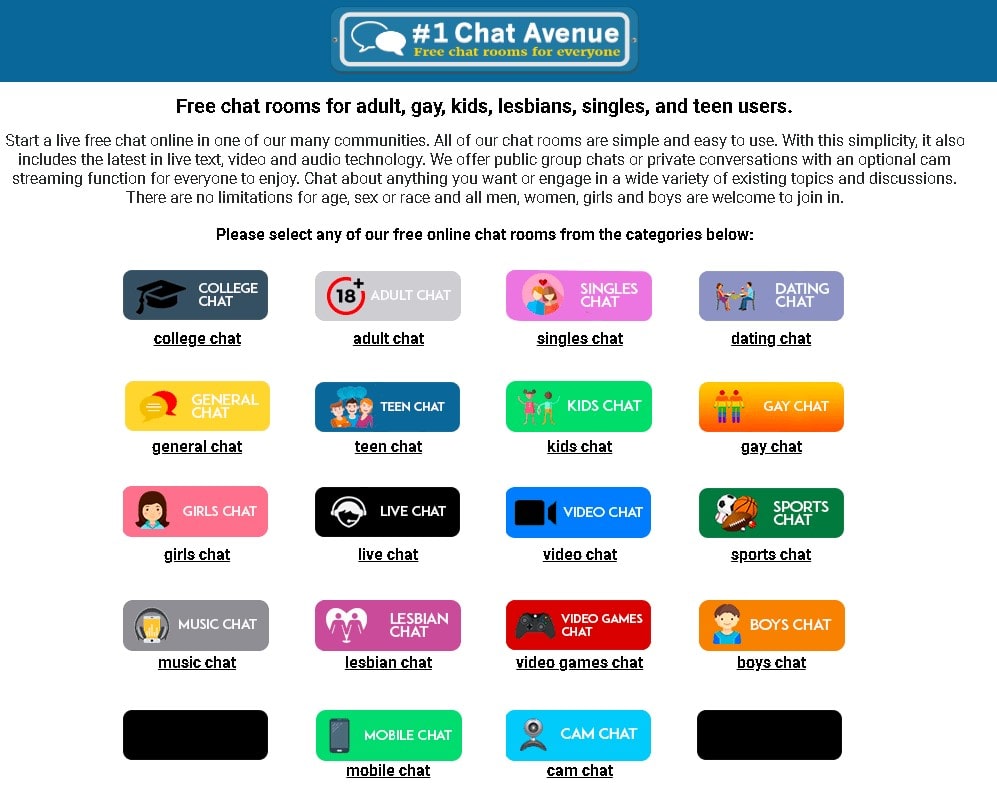 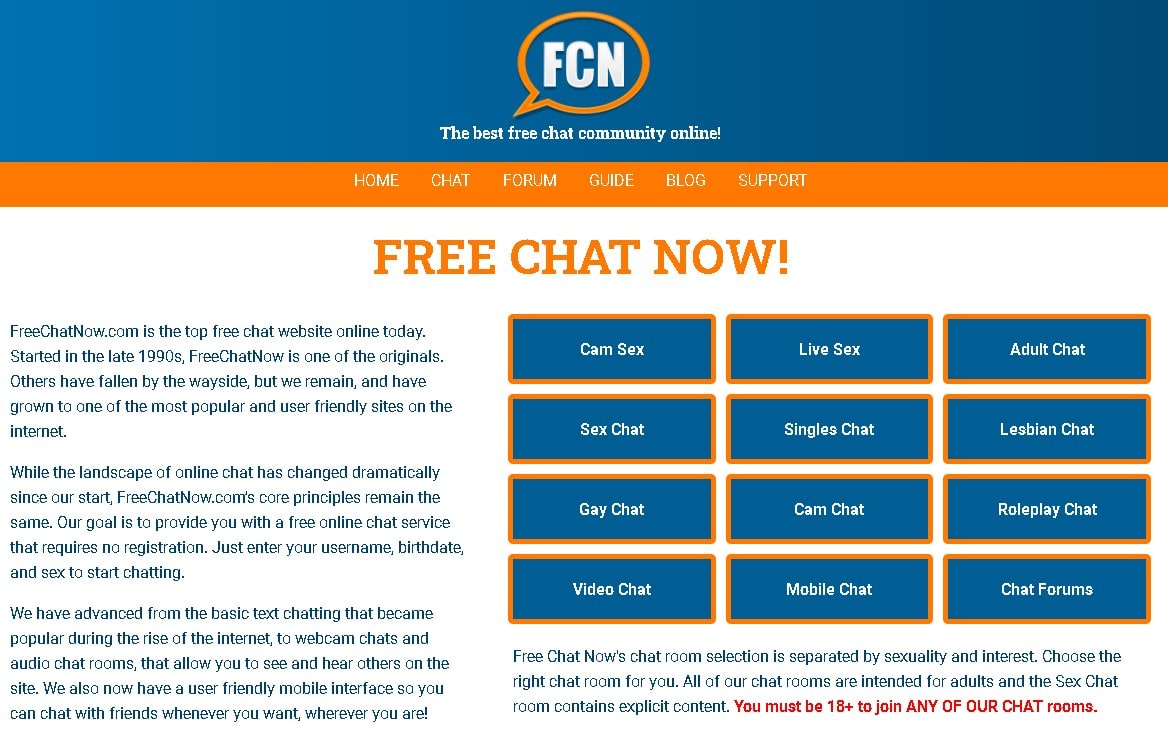